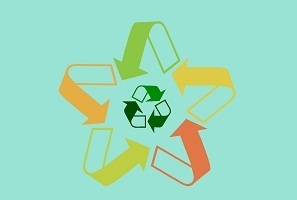 For the second year in a row, Notre Dame will participate in the EPA Game Day Challenge during this weekend’s USC game.

“We are excited to improve on last year’s performance, when we won first place in the Midwest in the highest recycling rate category,” said Erin Hafner, Programs Manager in the Office of Sustainability, who has managed Notre Dame’s Game Day Recycling program since 2008. “We encourage all our fans to help us place nationally this year by using the blue bags at their tailgate for everything except food and liquids.”

The EPA challenges schools to design a waste reduction plan for one 2011 regular season home football game and measure the results. Schools can collect common materials for recycling including paper, beverage containers, cardboard, and food to be donated and composted. The amount of waste generated and recycled will determine which school is the greenest on the gridiron.

Schools can win in several categories:

The competition is sponsored by EPA’s WasteWise program, a voluntary program through which organizations eliminate costly municipal solid waste and select industrial wastes, benefiting their bottom line and the environment. Reducing waste generated at collegiate sporting events can save energy and reduce greenhouse gas emissions. Last year, more than 75 participating schools kept 500,000 pounds of waste out of landfills, which prevented nearly 940 metric tons of carbon dioxide from being released, equivalent to the annual greenhouse gas emissions of approximately 180 cars.