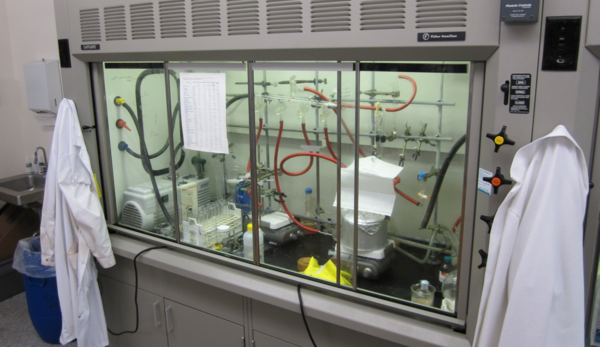 Notre Dame will invest $6.5 million over the next two years in energy conservation measures across the campus, ranging from lighting and motor upgrades to improved thermostat controls and fume hood renovations.

The plan was announced by Rev. John I. Jenkins, C.S.C. and John Affleck-Graves at the recent Town Hall meetings. “This initiative is an investment in the University’s future as a member of a larger global community,” said Fr. Jenkins. “In addition to improving our infrastructure, it will advance our Catholic mission by making us better stewards of the Earth.”

The initiative, known as Energy Conservation Measures II, follows on the heels of a $4.1 million investment in energy conservation (ECM I) made in 2008. ECM I focused on lighting, heating, and cooling in 20 buildings which were most in need of upgrades. ECM II has an expanded scope and will raise the number of buildings included to 55.

“The energy conservation achieved through ECM I in combination with the temperature set point policy, tighter building scheduling, and individual behavior change has been tremendous,” said Heather Tonk, Director of Sustainability. “Compared to two years ago, electricity consumption is down 7.8% (11.8 million kwh), fuel usage is down 9.5% (the equivalent of 9,481 tons of coal), and overall energy costs are down approximately $1.4 million. That’s 32,000 tons of avoided carbon dioxide emissions, which is pretty impressive when you consider how much campus has grown in the last two years.”

“In ECM II, we are continuing the strategies utilized in ECM I, but also expanding into new areas,” explained Paul Kempf, Director of Utilities. “These include installing LED lighting in exit signs, reducing the flow rates of fume hoods, and replacing motors and pumps with high-efficiency models. ECM II is expected to yield an annual savings of over $1 million and to reduce campus carbon dioxide emissions by 14,900 tons each year.”