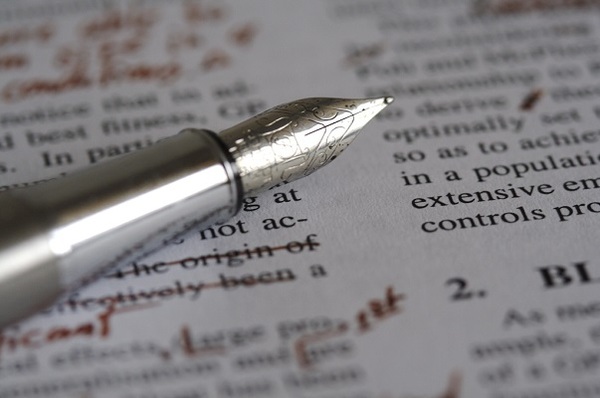 The Notre Dame community was offered six opportunities to reflect on and discuss Pope Francis’ encyclical Laudato Si’ in the fall 2015 semester. I was unable to attend the first lunch, but attended the other five. The six successful installments happened just about every two weeks, and at least two more lunches remain in the spring semester. Below are my thoughts on the first five lunches.

The second Laudato Lunch focused on the role of sustainability in the business sector. Leo Burke, the Director of the Global Commons Initiative at the Mendoza College of Business, opened the session. Burke spoke of performing business for the common good, mentioning how working conditions can affect qualities of life. He urged the audience to consider not only how professors teach their students, but what knowledge they impart that will then be used to influence the world.

Burke stated that in today’s mindset “if a resource is not on a balance sheet, it technically has no value.” However, he hopes the Mendoza College of Business is helping to change this pattern by pushing students to consider values beyond an Excel sheet. Finally, to echo Pope Francis’ sentiments in Laudato Si’, because everything is interconnected Burke called for an education about systematic issues, not just ends to means.

At the next lunch, the group discussed integral ecology, Pope Francis’ ethical pluralism, and the idea that all of our actions build upon each other and should be directed towards the common good. While it is the first ecologically-centered encyclical, Laudato Si’ depends on the theology of prior thinkers. The idea of integral ecology, a term that first appeared in March 2015, builds upon Pope Benedict 16’s notion of human ecology, which itself is an extension of Pope John Paul II’s natural ecology idea. It also draws upon Leonardo Boeff’s liberation theology, which puts options that benefit the poor at center stage. Pope Francis integrated this idea into his encyclical by focusing on those whom climate change and environmental degradation most negatively effect. In doing this he called the mistreatment of our planet an Ecological Sin and asked us to reexamine our culture of waste and consumption.

The theme of social connectivity extended beyond nature and into sustainable communities in the fourth lunch. Although the built environment is a necessary part of our modern lifestyle, there are many ways in which we can better consider nature in forming our physical spaces. Urban sprawl, an ecological sin according to Pope Francis, necessitates a mobile life with a car that uses fossil fuels as well as contributes to a sedentary culture void of walking. Remedies to urban sprawl include mixed land use, appropriate sidewalk widths that encourage walking, better landscaping, and neighborhood connectivity. Such solutions decrease our negative impacts on nature and benefit both our physical and social health. It was brought up that successful spaces would also bring people together and foster a sense of community. After all, the subtitle of the encyclical, “On Care for Our Common Home,” compels humanity to develop communal efforts and solutions.

Professor Daniel Graff of the Higgins Labor Program at the Center for Social Concerns spoke on labor practices at the fifth lunch. Pope Francis touches on these topics in paragraphs 98, 123-125, 141, 180, and 227. Graff focused on the Clean Power Plan, noting that more jobs have been created than lost in the clean energy sector. He also commented that, in the spirit of the Catholic faith, we should not put a strain of expense on the communities that provide energy that enhances our quality of life. This call for social justice through labor seems to be a common thread of the entire encyclical. In an echo of Burke’s call, Graff mentioned that how you go about something is just as important as what is achieved. Pope Francis’ encyclical reminds us to consider what may go unnoticed or what we might think does not affect us in our interactions, work, business, and community-making.

The last lunch in the first week of December connected those on campus with Notre Dame attendees of the COP21 in Paris. Garrett Blad ’15 had been biking across Europe for the previous six months to attend COP21 as one of 22 Youth Delegates of the UN. Throughout his travels Blad interacted with communities in many countries, asking questions like “Why do you do what you do for the environment?”, “What were the challenges and how did you overcome them?”, and “When did you know you were committed to this cause?” His goal is to mobilize communities to go beyond taking a shorter shower to help mitigate their environmental impacts.

Garrett’s talk was followed by Joyce Coffee, the Managing Director of ND-GAIN. ND-GAIN, the Global Adaptation Index, works to identify which countries are best prepared for economic, social, and governmental adaptation to climate change. Coffee said that the poor are ten times more likely to be affected by climate change than the fortunate, and that bringing them to the level of developed countries could take up 100 years. Because of this, one of the goals of COP21- setting a limit for the increase of the global temperature- needs to happen or else these communities will be at more of a disadvantage.

Notre Dame continues its work through social justice to help bring awareness to these issues and to effect change. University President Fr. John Jenkins was even asked to join the Holy See delegation at the Paris talks. Pope Francis’ Laudato Si’ has opened the door for the Catholic Church to influence the future of our world and it’s now up to us to carry the message forward.

Laudato Lunches would not be possible without the support from the Minor in Sustainability, Campus Ministry, ND Energy, the Environmental Change Initiative, the GLOBES Graduate Certificate in Environment and Society, the Center for Social Concerns, and the Center for Sustainable Energy at Notre Dame and the Purple Porch Co-Op.