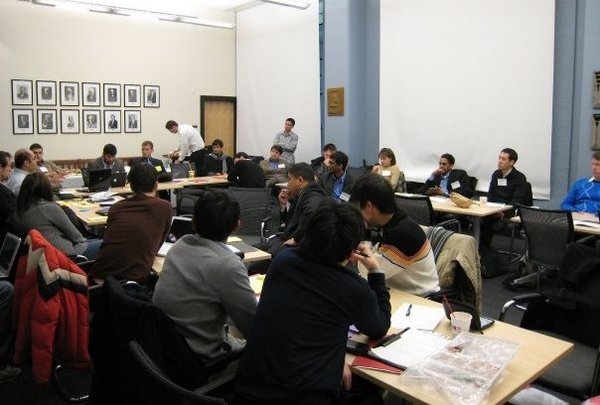 While most students were enjoying spring break in warm places, junior Colleen Kelly was in Boston for the MIT Energy Conference. Entitled “Accelerating Change in Global Energy,” the conference brought together the diversified stakeholders in the energy debate including leaders in policy, science, engineering, industry, academia, and finance. With topics ranging from wind power to decreasing demand, the student-planned conference gave a poignant snapshot of the current situation.

“It was a great opportunity to hear from people from a variety of backgrounds and industries,” Kelly said. “What I found most interesting is the single message that emerged: while the rise of renewables is needed today, they are not going to overtake current sources of energy without a major policy shift. People are looking to government for radical change.” In light of the current financial crisis and new administration, the focus on policy was even more apparent. Keynote speaker Lars Josefsson, CEO of the major Swedish utility Vattenfall, explained that change “is not a question of money or technology. It requires a redesign of society.”

The weekend was especially valuable for Kelly because she was also able to attend the annual meeting of the Collegiate Energy Association (CEA), which also took place in Boston. GreeND is a member of the CEA, a network of university energy clubs from across the world. Kelly was able to network with other club presidents and discuss successes and struggles. “It was great to see that other people were experiencing many of the same issues on campus as GreeND. I hope to continue the dialogue, especially with other midwestern schools. I imagine there is a lot that can be learned from one another.”