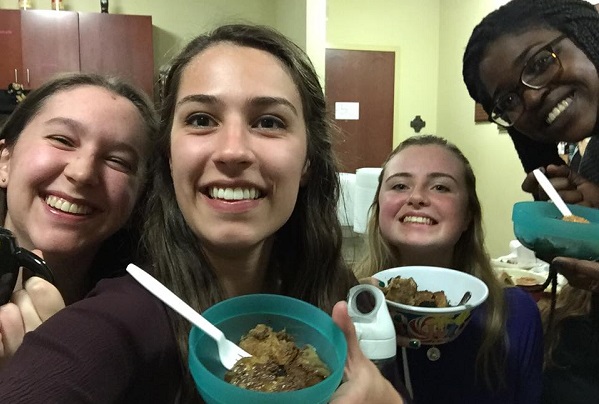 Megawatt Madness has come to a close and we had a great contest this year. Thank you to all that participated! 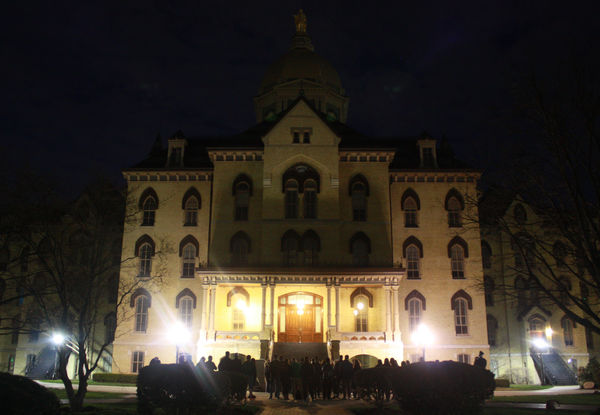 Carroll Hall increased their efficiency the most with a 25% reduction in energy over the course of the contest. Walsh Hall came in second with a 19% decrease, and Welsh Family Hall came in third with a 15.7% decrease. Dorms accomplished these significant reductions in many ways: turning off lights when leaving rooms, unplugging electronics, studying in the dark or by natural light, and watching TV shows as a group instead of individually.

In addition to the Biggest Reducer competition, this year the Office of Sustainability introduced a Points Champion competition. Participants earned points by winning one of two challenges -the Dorm Rival Challenge and the Easter Weekend Vampire Energy Challenge- by hosting dorm events, and by participating in social media contests. 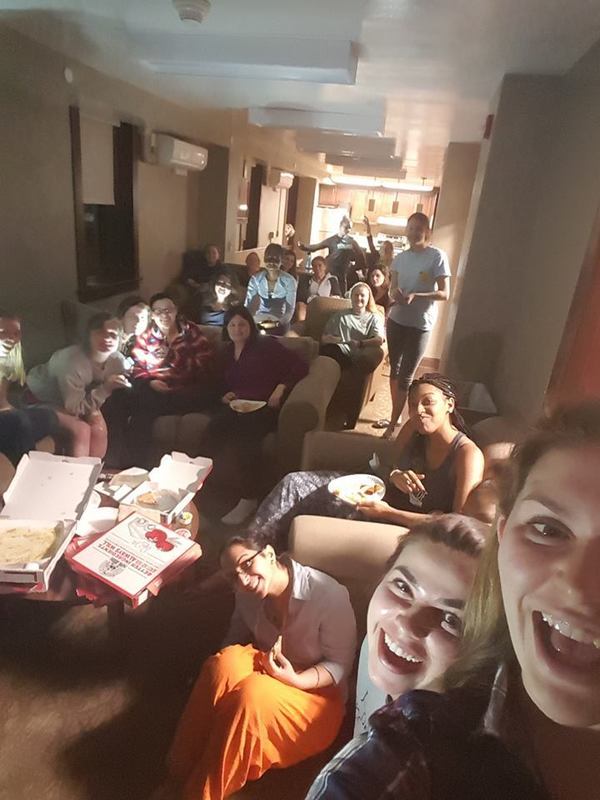 The Points Champion competition was won by Walsh Hall with 150 points, followed by Carroll Hall with 136, Alumni Hall with 110, and Cavanaugh with 78.

With over 25 dorm events conducted during Megawatt Madness, dorms were able to add wide margins to their scores. O’Neill and Cavanaugh excelled by holding a combined total of nine events. Events included candlelit hall council and dorm masses, playing pool in the dark, holding shower races, and even hosting a basketball tournament.

The second weekend of Megawatt Madness was Easter weekend. To integrate this long weekend into the competition, the Office of Sustainability introduced a Vampire Energy Contest. Vampire Energy is the energy used by electronics when they are plugged in but turned off. Dorms were challenged to unplug all electronics for the weekend as an easy way to reduce their energy consumption.

Social media played a large part in this year’s Megawatt Madness competition. Two social media contests were run throughout the competition - a selfie contest during week two and a meme contest during week three. Each submission earned the dorm one point towards the Points Champion competition. Over 50 submissions were posted on both Facebook and Twitter, lighting up the Office of Sustainability’s feeds and creating some friendly banter between halls.The Vampire Energy competition saved 13,448 kWh, or just over a third of the energy reduced in the contest as a whole. Walsh Hall won by saving an amazing 31.3%. Carroll came in a close second with a savings of 29.9%, Alumni followed with 26.1%, and Knott rounded out the top four with 24% saved. 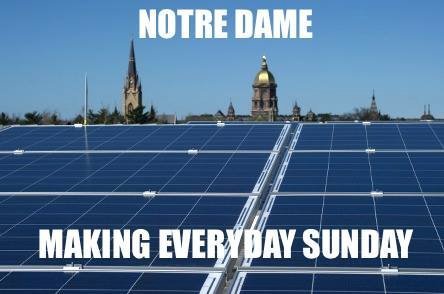 Throughout the contest Lights Out events were hosted by the Office of Sustainability to encourage students to get out of their dorms and use less energy. The Lights Out series started with an A Cappella performance by The Echoes in front of Main Building for Earth Hour. A glow-in-the-dark ultimate Frisbee game took place the next week with the support of Notre Dame’s Ultimate Frisbee Team. The final week was set to end with a wrap-up bonfire, but unfortunately it was rained out.