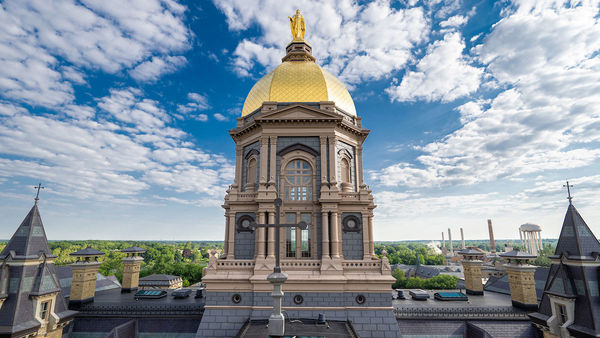 Three faculty members at the University of Notre Dame have been named fellows of the American Association for the Advancement of Science (AAAS).

Peter M. Kogge, the Ted H. McCourtney Professor of Computer Science and Engineering, is being honored for his distinguished contributions to the field of computer architecture, and specifically to the area of massively parallel processing architecture. Kogge is the developer of the input/output processor used on NASA space shuttles and has been at the forefront of several innovations that have shaped the computing industry over the past several decades.

Jeanne Romero-Severson, professor of biological sciences, is being honored for pioneering DNA marker technologies applied successfully to forestry genetics and conservation. Romero-Severson has focused on quantitative and population genetics in natural populations, including the genetics of stress resistance in natural populations, the native forest trees of eastern North America, the insect vectors of human disease and the malaria parasite.

Jennifer L. Tank, the Ludmilla F., Stephen J. and Robert T. Galla Professor of Biological Sciences and director of the Notre Dame Environmental Change Initiative, is being honored for her distinguished contributions to aquatic biogeochemistry in particular reference to nutrient and carbon transformations and transport in flowing waters impacted by agriculture. Tank’s research has increased understanding of the role streams play in nutrient removal and retention, with a goal of improving water quality locally and in downstream ecosystems.

The election of AAAS fellows is an honor bestowed upon members by their peers.

Originally published by Notre Dame News at news.nd.edu on November 24, 2020.