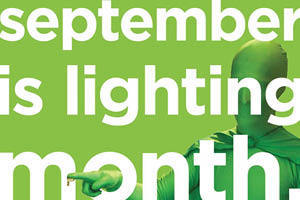 This year, Notre Dame’s residence halls will participate in a new kind of energy competition – one that spans the entire academic year. Halls will rack up points based on their rank each month for September through April, and the hall with the best cumulative rank will receive $1,000 and an Energy Champion banner in May.

“Our goal is for energy conservation to be a way of life at Notre Dame,” explained Rachel Novick in the Office of Sustainability. “Now students will be rewarded for the conservation efforts they make throughout the year.”

The Dorm Energy Championship will have two types of points: energy points and green points. The number of energy points each dorm receives depends on their rank in each month’s competition: they get one point if they’re in first place, two if they’re in second place, and so on. The goal is to rack up as few energy points as possible.

Green points, on the other hand, are points that halls earn in order to give them to their rivals to push them down in the rankings. “There are three ways to earn green points,” explained Sean Gervais ’15 of Keough. “The first is to rank first, second, or third in a monthly competition. You get three points, two points, or one point for those rankings, respectively. The second way is to get five volunteers from the dorm to help with Game Day Recycling, and the third way is to host a sustainability-themed event in your dorm with at least 20 attendees.”

“Nothing motivates the students at Notre Dame like a little dorm competition, and that’s exactly what we’re hoping to play off,” added Matt Schaefer ‘16, a Sustainability Commissioner in Zahm who helped develop the green point system. "Being able to sabotage a rival dorm’s energy consumption with your own dorm’s success will create a more fun atmosphere all around. Whether they are trying to help the environment or they just want to punish that obnoxious dorm next-door by giving them some extra points, any student can invest themselves in this year’s new and improved energy contest."

Each month of the Dorm Energy Championship will have a different theme – September’s theme will be lighting and the annual CFL exchange will take place in the middle of the month. “Lighting is an easy way to reduce electricity use,” said Kate Christian ’15 of Pangborn. “Some of the best strategies are using daylight whenever possible, using task lighting instead of overheads, and making sure your desk lamps are fluorescent or LED.” Other themes this semester include thermostats, laundry, and vampire energy.

The Energy Champion is the dorm that has the lowest cumulative score. Dorms that are in 20th place or lower in a given month will receive 20 energy points for that month. Green points earned each month will be allocated to rival dorms at the next month’s sustainability commissioner meeting. If there is a two-way or three-way tie at the end of the school year, the $1,000 prize will be split among the winners. If more than three dorms tie, percent energy conserved over the year will be used to break the tie. Rankings are updated in real-time on Notre Dame’s Energy Dashboard.