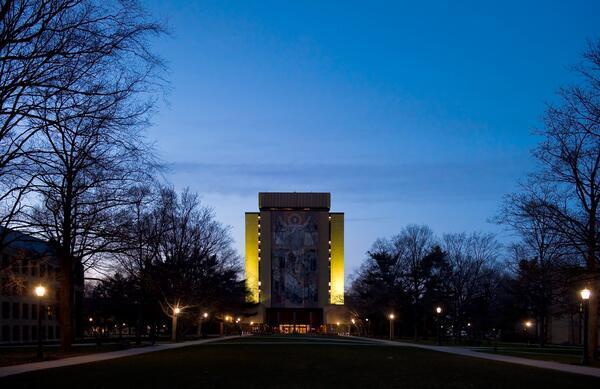 Earth Hour, one of the year’s biggest sustainability events is upon us, and I guarantee it is a bigger deal than you think.

Earth Hour “got big” in 2008 and has been one of the most participated in sustainability events every year. During one evening hour late in March, all businesses, governments and people are asked to pull the plug on all of their electronics in a moment of solidarity.

You may have images of hippies dimming their LED light bulbs or hipsters unplugging their hybrids shooting through your head, but this event goes far beyond individuals. Last year notable landmarks like the Burj Khalifa, the Eiffel Tower, China’s bird’s nest stadium, Big Ben and all 30 Canadian Hockey League arenas doused their spot light. If the Canadians are willing to forgo hockey for an hour, its got to be legit, right? Earth Hour is definitely drawing some attention.

The big news though is the reception it is receiving state side. This year, LAX and the Empire State Building have both announced their participation, but that’s not surprising considering Notre Dame is leading the way.

That’s right, the planes headed to the South Bend Regional Airport will need to find another guide as they approach because the Main Building and the Hesburgh Library will be going dark this Saturday from 8:30 to 9:30.

Although the solidarity of Earth Hour is impressive, the combined impact of all of the lights around the world going dark pales in comparison to the movements it has spawned. Last year, the “I Will if You Will” program used Earth Hour as a launching point. The program, started by the president of Botswana, set the goal to plant 1 million trees over four years. Programs like this are the magic of Earth Hour. Yes, Earth Hour is a symbolic event, but something about the solidarity of most of the world’s countries coming together brings out the best in people.

I encourage all of you to participate in this year’s Earth Hour. I know I will.

In fact, I will be exercising my creativity by taking a ceremonial nap because naps are awesome. However, you should do something boring like going outside and connecting with your youth. Play some hide and seek, buy a glow-in-the-dark volleyball or go for a night run. Take an extended trip to the Grotto. Bonus points for people who take some time out to reflect on what they can do to live a more sustainable life. The opportunities are really endless, and it would be amazing to see the Notre Dame community come together for this event.