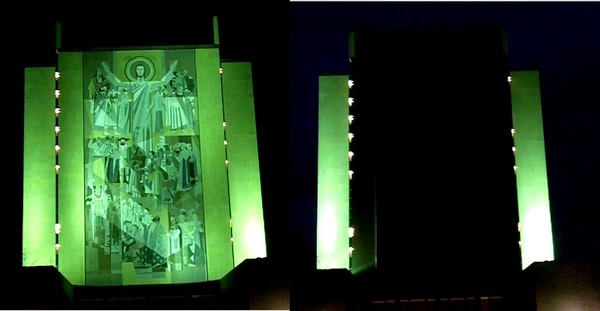 On Saturday, March 27 from 8:30-9:30 pm, the lights on the Golden Dome of the Main Building and the Word of Life mural on Hesburgh Library will be turned off for one hour to celebrate Earth Hour. Earth Hour is a worldwide event that raises awareness about climate change. Started in 2007 in Sydney, Australia, the event has since grown to engage more than 162 countries and territories worldwide.

This year’s Earth Hour will be observed by over one billion people around the world. Lights will be turned off on such iconic landmarks as the Eiffel Tower, Empire State Building, the Great Pyramids of Giza, the Parthenon, and St. Peter’s Basilica at the Vatican.

Notre Dame has participated in Earth Hour since its conception in 2007 and will participate again this year by turning out the lights on the Golden Dome of the Main Building and the Word of Life mural on the Hesburgh Library for the hour.