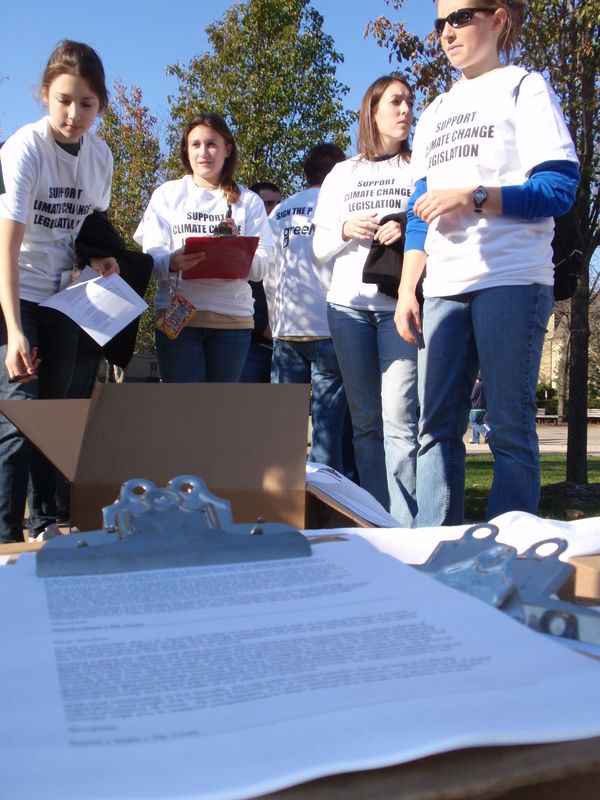 The weather for a football game in November couldn’t have been warmer, but a group of students on campus were still “freezing.” With hundreds of families on campus for the Navy game, members of GreeND took the opportunity to raise support for enactment of comprehensive climate change legislation. GreeND’s energy policy team leader, Patrick McCormick, believes, “Even though the costs of mitigation will be great, the time for legislative action is now, because the costs of delaying action could be far greater.”

About thirty students participated in the Flash Mob, which was based off similar stunts that have been performed in large public spaces around the world. The Flash Mob grabs people’s attention because one minute everyone is moving about normally and the next everyone is frozen in place. The mob froze in LaFortune, on South Quad, and on Library Quad. While some people froze, others walked around with petitions addressed to the US Senators advocating clean energy.

The project’s leader, Claire Brosnihan, says, “We have a responsibility to address climate change because the people most affected will be those already on the margins of society.” Brosnihan believes the event was very successful. Dozens of signatures were collected from people that live all across the country and their petitions will be sent to their respective senators.