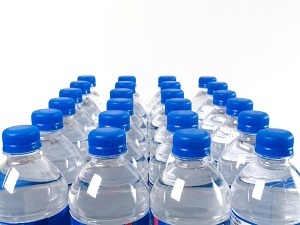 Let’s face it – we’re addicted. Americans spend roughly $100 billion every year on bottled water, even though it’s often less pure than water from the tap. Production of all those bottles uses 1.5 million barrels of oil annually, enough to fuel some 100,000 U.S. cars. And an estimated 86 percent of plastic water bottles in the United States are not even recycled.

Notre Dame’s Department of Anthropology has invited Richard Wilk, professor of cultural anthropology at Indiana University, to address the environmental impacts of the bottled water phenomenon in a lecture on Wednesday March 25th entitled Bottled Water: Healthy Convenience or Environmental Catastrophe? “In a very short time,” says Wilk, “bottled water has been transformed from a gourmet luxury into an inconspicuous part of daily life.” It’s a striking example, he says, of “how modern consumer culture is divorced from the realities of the global environment.”

Wilk’s message deserves attention from faculty, staff, and students throughout the campus, says Rachel Novick in the Office of Sustainability. Notre Dame administrative and academic departments spend a collective $95,000 each year on bottled water. 75 percent of that money could be saved with a water cooler and reusable mugs. Over 95 percent of that money could be saved by using a Brita. “As the campus community becomes more aware of both the environmental and the financial benefits,” says Novick, “we hope that they will make the switch.”