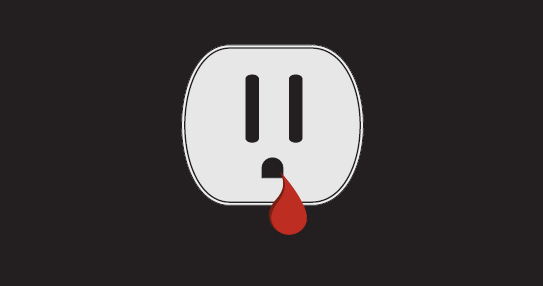 The annual Dorm Energy Competition starts November 1st, and the focus this year is on reducing vampire energy, the power that is sucked by most electronic devices even when they are “off”.

The Competition runs through November 30th and pits the 29 dorms against each other in a race to minimize energy consumption. The grand prize is $500; runner-up prizes and special recognition for creative awareness campaigns will be awarded as well.

“The most surprising thing about vampire energy is how little awareness there is,” said Meredith Rowland, Intern and Project Coordinator in the Office of Sustainability. “The solution is pretty straightforward, though: either unplug it or flip the power strip off.”

“Far and away the biggest vampire you can find in a dorm room is a plasma TV,” said Rachel Novick, Education and Outreach Programs Manager in the Office of Sustainability. “Other vampires include game systems, chargers, computer cords, and stereos.”

The Dorm Energy Competition, which is in its third year, conserves thousands of dollars worth of energy. Last year’s champion was Cavanaugh Hall and the champion in 2008 was Walsh Hall.