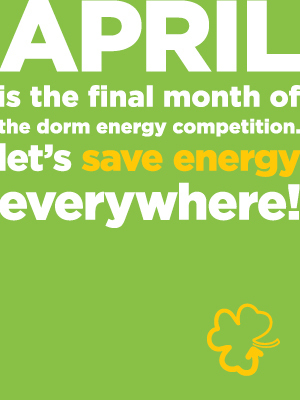 April is the final month of the energy competition. Let’s save energy everywhere!

Now that we have gone over various saving methods over the school year, it is time to combine all of them into one concerted effort. Here is a recap of the themes:

This is the last month, so be sure to put in as much effort as possible to win the competition, and with it the title of Greenest dorm and a cool $1000 prize.