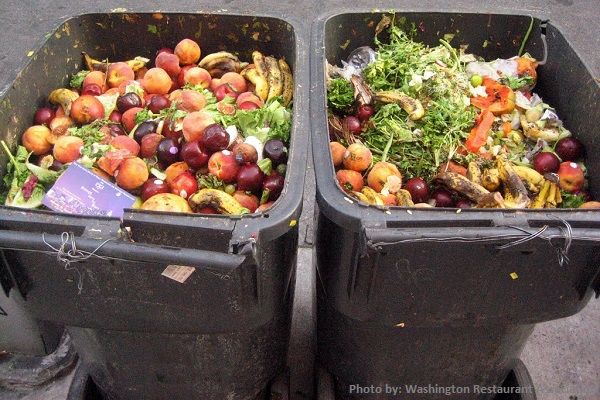 With all of the food made on Thanksgiving, it’s no wonder the leftovers are looked forward to almost as much as the meal itself. But with all of that food there’s bound to be some food waste as well. Thankfully, it’s easy to keep that waste under control with some planning and a few easy steps.

1. Choose recipes that work together

Examine all of your recipes before going shopping to make sure that the ingredient lists mesh well together. Doing this allows you to plan to use whole containers of vegetables, broth, etc. Likewise, if one recipe calls for half of an onion, you can plan to use the other half somewhere else

2. Don’t throw out the scraps!

A lot of Thanksgiving scraps can be used for other purposes. For example, the neck and bones of a turkey as well as vegetable scraps are amazing flavoring for broth. Likewise, potato skins can be baked in the oven like chips and eaten as a snack while cooking. Additionally, almost all of the scraps that aren’t being repurposed can be composted!

3. Prep for the big freeze

You likely won’t eat everything you make so while you have the momentum, package up leftovers in meal sized portions before putting them in the freezer. You won’t want to portion them out once frozen so doing a little planning now will save you a lot time and stress in the future (as well as provide you with ready to go lunches for the office!).

4. Get clever with leftovers

Thanksgiving leftovers are almost as anticipated as the meal itself. Don’t get tired of eating the same thing three days in a row- look up some interesting ways to reuse those leftovers by creating new dishes such as stuffed mashed potato balls or cran-apple smoked turkey sliders.

You don’t have to keep all of the leftovers- if your guests don’t finish everything on their plate, package it up for them to take home! Just put it in a labeled Tupperware and stick it in the fridge until they’re ready to go home.