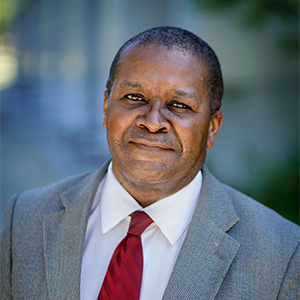 The levelized cost of electric power generated from renewable resources have fallen continuously over the last decade. This trend is rightly fueling optimism about humanity’s ability to achieve net zero carbon emissions in the electric power generation and transportation sectors—without the large government subsides predicted as recently as a decade ago. It is known that the intermittency and seasonal variability of the electric power supply from wind and solar sources pose significant barriers to broad-based acceptance of clean electric power. Low-cost options for storing large quantities of renewable electric power would lower/eliminate these barriers and meet an unmet need in both the power generation and transportation sectors. Rechargeable electrochemical cells (a.k.a. batteries) based on metallic anodes, including lithium, zinc, and aluminum, offer the potential for transformative advances in cost-effective storage of electrical energy. This presentation will discuss technical barriers and some of the solution strategies that will underpin progress towards low-cost, but high performance storage options for the electric power grid.

Lynden Archer is the Joseph Silbert Dean of the College of Engineering and the James A Friend Family Distinguished Professor of Chemical and Biomolecular Engineering. His research focuses on transport properties of polymers and polymer-nanoparticle hybrid materials, and their applications for electrochemical energy storage in batteries.

Archer received his Ph.D. in chemical engineering from Stanford University in 1993 and was a Postdoctoral Member of the Technical Staff at AT&T Bell Laboratories in 1994. He is a member of the National Academy of Engineering (NAE) and fellow of the American Physical Society (APS) and Societ of Rheology (SOR). His research contributions have been recognized with various awards, including the AICHE Nanoscale Science and Engineering Forum award, the National Science Foundation award for Special Creativity, a NSF Distinguished Lectureship in Mathematical & Physical Sciences, the American Institute of Chemical Engineer’s MAC Centeniell Engineer award, and the Thompson-Reuters World’s Most Influential Scientific Minds in Materials Science.

At Cornell, he has been recognized with the James & Mary Tien Excellence in Teaching Award and thrice with the Merrill Presidential award as the most influential member of the Cornell faculty selected by a Merrill Presidential Scholar awardee. He previously served as Director of the Smith School of Chemical and Bimolecular Engineering at Cornell University from 2010 to 2016 and Deputy Editor of Science Advances from 2017-2021.