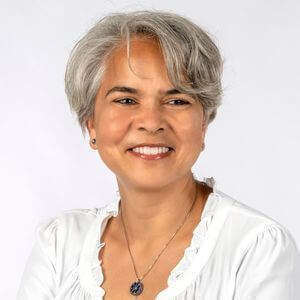 Marie Lynn Miranda began her tenure as Charles and Jill Fischer Provost of the University of Notre Dame on July 1, 2020, the fifth provost at Notre Dame since the position was established in 1970. The University’s second-ranking officer, the provost is elected by the Board of Trustees and, at the direction of the president, exercises overall responsibility for the academic enterprise.

A distinguished scholar in the field of children’s environmental health, Miranda is especially well-known for her research on childhood lead exposure. She served as provost at Rice University from 2015–19 and as dean of the University of Michigan’s School of Natural Resources and Environment for the four years prior to that.

In addition to her responsibilities as provost, Miranda is a professor of applied and computational mathematics and statistics at Notre Dame, maintaining an active research portfolio. She is a leader in the rapidly evolving field of geospatial health informatics and is the founding director of the Children’s Environmental Health Initiative (CEHI), a research, education, and outreach program committed to fostering environments where all people can prosper. Her interest in the joint effects of social and environmental exposures has led her to study the impact on health of racial residential segregation in particular.

Miranda’s research has generated more than $60 million in funding from federal, state, and foundation sources, including the United States Environmental Protection Agency (EPA), the National Institutes of Health (NIH), the Centers for Disease Control and Prevention (CDC), the National Association of Chronic Disease Directors, the United States Department of Agriculture, the Robert Wood Johnson Foundation, and the Environmental Defense Fund, among others. Her research group at CEHI was among the inaugural winners of the EPA’s Environmental Justice Achievement Award in 2008.