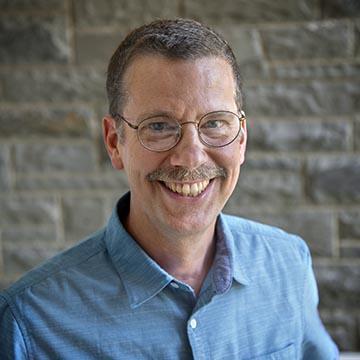 The core technologies of drinking water treatment have served us well, but they are difficult for small communities in the United States to maintain and they often fail in the Majority World. Water infrastructure is particularly resistant to rapid innovation because projects are expensive, failure is not acceptable, and no one loses their job by recommending a proven option. These obstacles to innovation were overcome by the AguaClara network by starting small, building a culture of innovation, and rapidly releasing new innovations and providing opportunities for upgrades for early adopters. Now that we have demonstrated these new technologies in Central America we are preparing to scale up.

Dr. Monroe Weber-Shirk received his Ph.D. in Environmental Engineering from Cornell University in 1992. His experiences working in Salvadoran refugee camps in Honduras led him to found the AguaClara program in 2005 to invent sustainable water treatment technologies. He has guided the AguaClara team to invent a series of technologies that together make it possible to produce safe drinking water without using any electricity. He organized the AguaClara program to engage students to conduct research and create the open source AguaClara Infrastructure Design Engine. He works to empower partner organizations that in turn empower communities to build, operate, and sustain their AguaClara water treatment plants. His research team is investigating methods to improve performance and reduce the cost of drinking water and wastewater treatment.