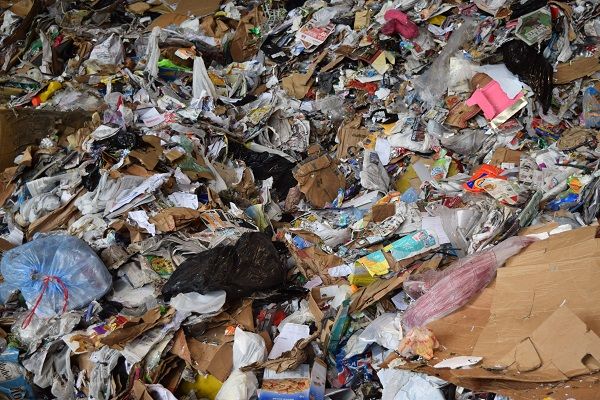 No matter where you are on Notre Dame’s campus, a recycling can is not far away. Whether it’s your empty Powerade bottle or the cardboard box from your latest Amazon package, a single-stream container is waiting to receive your recyclable so the material can be reused to make another product down the line. Today the University’s single-stream recycling program diverts around 30% of the campus’s solid waste to recycling, which equates to 70,000 pounds of recyclables a week. Recycling on the Notre Dame campus hasn’t always been this easy.

Recycling was first introduced to Notre Dame in 1990 with a student-run program called “Recyclin’ Irish” which collected aluminum, newspaper, glass, and plastic each in separate containers. In the first year of the program, a total of 133,000 pounds of recyclables were collected (to put that into perspective, that same amount is collected in less than a month in 2016).

Big changes to recycling on campus came in 2007 with the adoption of a single-stream recycling program. Under the single-stream program, recyclables no longer have to be sorted by material (plastic, paper, glass, etc.) but instead can all be lumped together in one single container, which is then taken to a materials recovery facility for sorting. The single-stream system greatly increases the volume of recyclables collected by making recycling less of a hassle.

2007 was also the first year for the Game Day Recycling program, which sends student volunteers into the tailgating lots on home football Saturdays to distribute recycling bags to tailgaters. The program continues to this day, with 205,460 pounds of recyclables collected during the 2015 season alone. In recent years a contractor has been hired to pick up the recyclables from the parking lots, while the student volunteers remain tasked with handing out the recycling bags to tailgaters.

In 2010, recycling efforts on campus were deemed large enough to merit its own department, and thus ND Recycling was created. The biggest change to recycling on campus since the inception of ND Recycling has been the addition of recycling compactors.

Other improvements to recycling on campus include the addition of battery, fluorescent light bulb, and electronics recycling. “The last two years in particular have seen a dramatic increase in the volume of electronic recycling taking place” says Hogan.

This spring’s RecycleMania competition will provide even more opportunities to increase recycling efforts on campus.  During RecycleMania schools across the country compete to achieve the highest recycling diversion rate. As more students come to Notre Dame having grown up being taught to recycle, the awareness on campus has increased and so too has the volume of recycling. For example, the volume of recycling reported during the competition has increased by 20 tons each year from 2012 to 2014.  While recycling rates were down in 2015, the 2016 competition provides an opportunity for Notre Dame to bounce back.

For more information about recycling on campus, check out the Recycling FAQ to learn about what can and cannot be recycled.