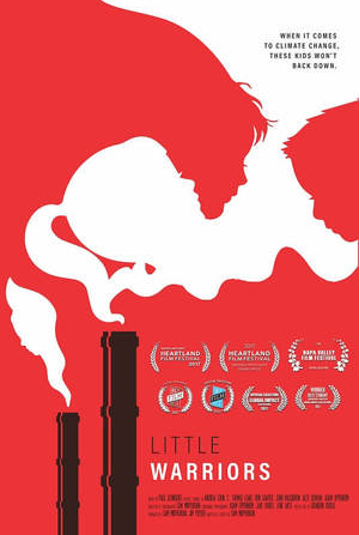 On February 27 the Executive Director of nonprofit Earth Charter Indiana, South Bend’s Director of Sustainability and a South Bend Council Member shared the stage at Notre Dame, discussing a film that chronicles the passing of a Climate Recovery Resolution in Indianapolis. This event fostered the connection between Notre Dame and the wider South Bend community – a connection that has helped propel the youth-initiated effort to pass a Climate Recovery Ordinance in the city.

A Climate Recovery Ordinance (CRO) is a legally binding commitment to reduce carbon emissions, while a Climate Recovery Resolution is a less binding commitment with the same goal. In South Bend, the draft ordinance requires city operations to be carbon neutral by 2023 and by 2050 to be entirely powered by renewable energy, with community fossil fuel use down to 50 percent of 2015 levels. So far the only CRO passed in the U.S. was in Eugene, OR in 2014.  The following year, during a Climate Camp in South Bend, teenagers Julia McKenna, Matthew Peterson and Grace Comen learned about the Youth Climate Action Now campaign that helped pass that CRO and they were instantly inspired to push for this action in their city.

This was just the spark that Jim Poyser, Executive Director of Earth Charter Indiana, had been waiting for. After “waking up to global climate change” and shifting from his 25-year journalism career, Poyser attended the Climate Reality Project Leadership Training in 2013 and was then hired by Earth Charter Indiana to create their youth program, Youth Power Indiana. While Poyser saw the value of a peaceful, collaborative approach to climate action, particularly in the non-confrontational culture of Indiana, he needed some driven colleagues. “I couldn’t create a youth movement because I’m old. I needed a young person to step up.”

And step up they did. In a meeting at Good Shepherd Montessori, the students from Climate Camp presented to community members and friends from nearby cities. In the audience that night was Notre Dame professor and director of the Program for Academic Excellence, Dr. Phil Sakimoto, and former South Bend councilman Randy Kelly. These men were two of the many audience members who couldn't rid themselves of the idea of the CRO.

A former NASA science communicator, Sakimoto had met Poyser at the Climate Reality Leadership Training after his own career path took a familiar turn: he “had a heart to heart with himself career wise” and realized that climate change is moving quickly, each projection worse than the last. So he committed to using his communication background to educate the public about it. Sakimoto “kept an eye [on the CRO project] from the sidelines,” until November 2016 when he felt a new impetus for action. He found inspiration during a conversation with Kelly, at the time a teacher at Montessori Academy at Edison Lakes. When Kelly said he was going to incorporate the CRO into a project with his students, Sakimoto realized he had that same opportunity with the class he was preparing to co-teach.

English Professor Laura Walls and Sakimoto taught the introductory capstone course for students minoring in sustainability in spring 2017. What might seem like an unusual combination of disciplines for a class taught in Galvin Life Science Center was essential to the course’s mission. Walls explains, “Climate change is not in any sense just a ‘science’ problem, and can’t and won’t be addressed until it is understood in its full dimensions, across every discipline – not only the natural and social sciences, but also the humanities.” Helping the students understand this was just the beginning of the professors’ ambitions.

Walls observes that students often focus too much on grades, offering artificial solutions for massive problems without acknowledging their real-world complexity. She says that she and Sakimoto saw the “CRO as both a real-world encounter with the demand for working solutions, and also a way to get students to see beyond the artifice of writing for a grade.” The course centered around the research and writing of a CRO for South Bend, exploring lessons-learned from students’ hometowns, interviewing residents and government members in South Bend and grappling with the multidimensional issue. “This was a way to both center the problem in the real-world here-and-now we all share, and also to reach beyond the classroom to all the other places represented in that room,” Walls says.

While the students submitted their collaborative draft at the end of the semester, the professors put in final hours to polish it up to professional standards. The drafted CRO has been passed to the appropriate South Bend officials, but the work at Notre Dame and in the greater community is far from finished. Sakimoto explains, “The more people know about it and talk about it, the more publicity it gets, the more likely it is to happen and get successfully implemented. That requires the government, but also the community.”

When asked about the practicality of these types of movements from the city government perspective, Therese Dorau, South Bend’s Director of Sustainability, explains that two common challenges of passing such a measure are lack of community support and lack of government capacity. Leveraging the expertise of Notre Dame professors and students around these issues helps build capacity, she says. And the engagement of youth leads to community education and support.

While Notre Dame students took on the research for a local CRO, similar efforts were undertaken by youth throughout Indiana. In 2017, Climate Resolutions passed in Carmel, Indianapolis and Lawrence, IN. Little Warriors, a short, award-winning documentary film by Sam Mirpoorian, tells the story of this movement. Produced from January through May 2017 as Mirpoorian’s Indiana University-Purdue University Indianapolis capstone project, the film follows the youths’ effort to pass a Climate Recovery Resolution in Indianapolis.

Poyser describes Mirpoorian’s first visit to the group, in a yurt at White Pine Wilderness Academy where the kids were making posters and practicing their testimonies. While being named a producer on this film was a meaningful nod to Poyser’s long-time dream of being a film producer, he also describes the film as the “single best tool in [his] toolbox when it comes to climate education.” He can let the children do the talking even when they aren’t in the room.

And talking is just what these children do. Poyser says that Indiana now has the most cities in the nation with climate resolutions led by youth. He describes the power of watching a young person testify. “Getting young people involved is the game changer. It’s their future, it’s their planet that we’re handing this mess to,” he says. Seeing this potential, the Robinson Community Learning Center (RCLC) in South Bend is starting a new youth climate program, led by Robinson’s Youth Development Program Director Velshonna Luckey, with the help of former students from the Notre Dame sustainability course. This program will focus on educating the children and their families, building that community support.

Approximately 200 community members gathered at Notre Dame on the evening of February 27. Families from across the city viewed Little Warriors and participated in an open Q&A session with Poyser, Dorau and South Bend Council Member Jo Broden. Building on that meeting at Good Shepherd several years ago, this was an opportunity for all members of the Notre Dame, South Bend and greater Michiana community to learn and share ideas. Children from the Robinson Community Learning Center engaged directly with members of their city government while Notre Dame students built connections with community members.

Many of the youths who attended the event will have the opportunity to continue to build on what they have learned through the new after-school Climate Club at the RCLC. In addition to leading this new club, Luckey has volunteered to train others who wish to lead similar clubs using the curriculum that she and Sakimoto created. “The sky’s the limit in terms of the potential for this effort to engage and inspire,” says Dr. Rachel Novick, Director of Notre Dame’s Minor in Sustainability, which co-sponsored the event. “The Robinson Center climate club filled up immediately and is now setting an example for other climate clubs across the city, and the impact certainly won’t stop at the city limits.”

There is much that can segment any community, with its own set of students, parents, and professionals, of varying ages, political affiliations, and expertise. Poyser emphasizes the constant division in today’s world, yet also the opportunity to unite against climate change, no matter what we call it. “Young people can’t do this without adult support. They need parental support. They need teacher support. They need support within the cities themselves,” he says. “This is an intergenerational project and therein lies its power and its joy.”

Originally published by Natalie Ambrosio ’17 at sustainabilitystudies.nd.edu on February 28, 2018.