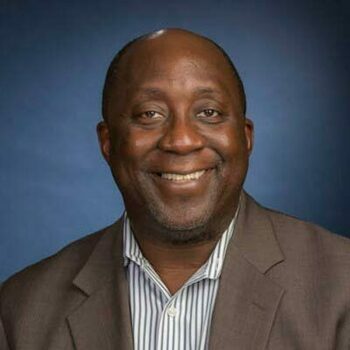 This talk presents some materials approaches to the development of solutions to grand challenges in health, energy, and the environment.

In the first part of the talk, we explore the development of mechanical biomarkers for the detection of cancer cells and tissues. Insights from the receptor-mediated endocytosis of viruses are then used as sources of inspiration for the development of targeted nanoparticles and drugs for the detection and treatment of cancer. In the second part of the presentation, we present pressure-assisted methods for the fabrication of next generation solar cells and batteries. These are used to develop low cost perovskite solar cells with photoconversion efficiencies as high 23.5% (close to the world record for perovskite solar cells) and all solid-state Li-ion batteries with remarkable ionic conductivities and energy storage characteristics.

Finally, in the third part of the talk, we explore the development of sustainable materials for applications in water purification and green buildings. Case studies are also presented to show the emerging impacts of these solutions in rural/urban contexts.

Wole Soboyejo was educated in England, where he received a BSc in mechanical engineering from King’s College London in 1985, and a PhD in materials science and metallurgy from Cambridge University in 1988. He worked as a Research Scientist at the McDonnell Douglas Research Labs (1988-1992) and Edison Welding Institute (1992) before joining the faculty at The Ohio State University (1992-1999). Soboyejo spent a year (1997-1998) as a Visiting Martin Luther King Associate Professor at MIT before moving to Princeton University as a Professor (1999-2016). He served as President and Provost of the African University of Science and Technology (AUST) between 2012 and 2014. Soboyejo moved to WPI in 2016 as the Bernard M. Gordon Dean of Engineering (2016-2018) and was later appointed as Senior Vice President and Provost (2018-present). He is the author of 4 text books and more than 400 peer-reviewed journal papers. Soboyejo is also a member of the U.S. National Academy of Engineering.

Seminar sponsored by the Department of Aerospace and Mechanical Engineering