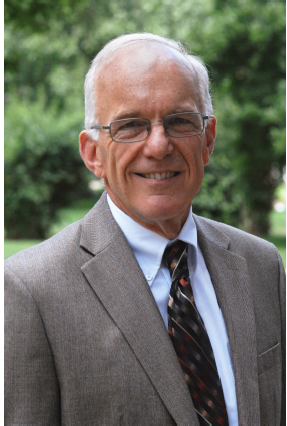 The history of land in North America is most commonly viewed only through the eyes of people who colonized the continent. Learning more about the culture and actions of Indigenous people toward the land aids in restorative actions toward the land and people. During this talk, insights will be shared regarding the framework that gave governments moral and legal justifications to invade Indigenous lands and dominate and force removal of Indigenous peoples. Topics will also include what the continent was like before 1492, insights into the interactions between Indigenous peoples and settlers in Elkhart County, IN, and current actions that can lead to right relationships between people and the land.

Dr. Luke Gascho served as executive director of Merry Lea Environmental Learning Center of Goshen College, Wolf Lake, IN for twenty-two years until his retirement in 2019. During his tenure, he led the implementation of field-based undergraduate and graduate programs in sustainability and environmental education. Luke's graduate degrees are in educational leadership and administration.

Luke has provided leadership for the establishment of several creation care and social justice organizations. He is involved locally and nationally with organizations addressing injustices toward Indigenous people. Luke regularly speaks on topics of creation care, leadership, ecological food systems and repairing relationships with Indigenous peoples.

The presentation will be 45 minutes, with time for questions afterward. This event is open to the Notre Dame tri-campus community.