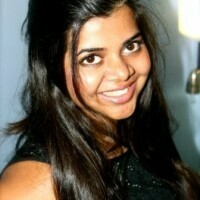 The Environmental Protection Agency (EPA) recently adopted a new regulation that will phase down the use and production of hydrofluorocarbons (HFCs) in the United States by 85% over the next 15 years. HFCs are potent greenhouse gases that are commonly used in refrigerators, air conditioners, and other applications. But will this be enough to reduce the harmful effects of carbon pollution and restore the health and environmental degradation of the most vulnerable?

Avipsa Mahapatra, Climate Campaign Lead at the Environmental Investigation Agency (EIA), will discuss the climate opportunities associated with decarbonizing our cooling. She will also share her personal experiences growing up in overcrowded cities in India and her expertise to not only ensure ending reliance on HFCs but the adoption of natural refrigerants and more efficient products to reduce carbon pollution and improve environmental and social justice.

This event is free and open to the general public.

Avipsa Mahapatra is an experienced Climate Campaigner with a demonstrated history of leading effective environmental advocacy campaigns efficiently. As the Climate Campaign Lead at Environmental Investigation Agency, she drives the organization’s climate strategy to use primary evidence to move systemic changes, influencing international and domestic policy on HFCs for over a decade. She has led world-changing exposés of climate-crimes and has been featured in the Washington Post, the New York Times, the Guardian and the Grist among others. She has regularly been invited by the public and private sector to speak at events across the globe on climate and cooling issues including in China, Korea and India.

Avipsa was an official member of the Indian delegation to UNFCCC COP 14, and has worked with the Development Alternatives, Earth Institute New York, WWF Norway, 350.org and PowerShift. She has MS degrees from Columbia University in Climate Science and Public Policy and from the Energy and Resources Institute in India in Natural Resources Management, and held a research fellowship at Yale School of Forestry and Environmental Studies in sustainable urban development.

EIA works to achieve tangible changes in the global economy that make local and sustainable management of the world’s natural resources possible.

Working in London since 1984 and in Washington, D.C. since 1989, the Environmental Investigation Agency has identified and implemented specific solutions to the world’s most pressing environmental problems. EIA campaigns to protect endangered wildlife, forests, and the global climate operate at the intersection between increasing global demand and trade and the accelerating loss of natural resources and species. EIA takes advantage of its independence and mobility to produce game-changing primary evidence and analysis of these problems and to build lasting alliances, institutions, and policies to implement solutions.

As a non-profit organization with IRS 501(c)(3) designation, EIA relies on financial support from individual donors and charitable foundations. Donations to EIA are U.S. tax deductible to the full extent of applicable law.