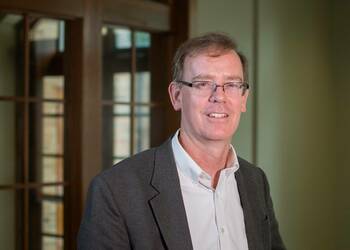 Bill Purcell has been the director of the Catholic Social Tradition at the Center for Social Concerns, as well as a faculty member at the University of Notre Dame, since the summer of 2005. He oversees the integration of Catholic social thought into center courses and programming.

Bill also is a co-director of the interdisciplinary Catholic Social Tradition Minor at the University. He teaches community-based learning courses on poverty and various social issues. Bill acts as a liaison for the center with national Catholic institutions, which focus on justice education.

He is a recipient of the University’s Rev. William A. Toohey, C.S.C., Award for Social Justice. For six years Bill was the director of the Office for Peace and Justice at the Archdiocese of Chicago. Before going to Chicago in 1999, he spent three years as the education specialist for the Catholic Campaign for Human Development at the United States Catholic Conference of Bishops in Washington, D.C. Bill received both his Bachelor’s and Master’s in Divinity at the University of Notre Dame.

He has been published numerous times, and is on various local and national committees and boards for social justice issues.

If you are unable to attend in person, you can use the Zoom link provided here for you.