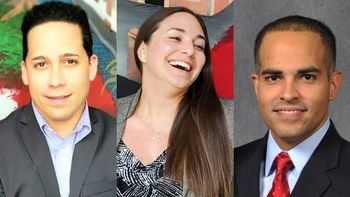 Accidents involving nuclear materials have been few and far between, yet their stories have remained etched in history, leading to misinformation and disagreements, especially among policymakers and the public, about their use. The good news is that researchers have learned from these incidents and are leading the way toward the next-generation of nuclear power and life-sustaining technologies.

In this four-part series, participants will learn about the many ways nuclear is being used to generate power, preserve human health, and support universal discoveries. Speakers will delve into topics surrounding research and development and some of the hard questions about environmental and intergenerational justice, including:

Please join ND Energy for Part Three on Wednesday, February 24 at 7:00 p.m. (EST) for a virtual discussion that will enlighten participants on the many ways nuclear technology is used to sustain our future.

Registration is required by 5:00 p.m. (EST) the day of the talk to receive a Zoom link to join. This series is open to the Notre Dame community and general public.

Most of Puerto Rico is dependent on imported fossil fuels and lacks enough reliable energy to build a strong economy without it. The non-profit Nuclear Alternative Project (NAP) is a group of Puerto Rican engineers and other professionals studying and educating citizens about the feasibility of using advanced nuclear reactors on the island. By using a community engagement approach, they have assessed market conditions, legal frameworks, existing infrastructure, and public perception to complete the Preliminary Feasibility Study for Small Modular Reactor and Microreactors for Puerto Rico.

Three members of NAP’s leadership team will share the results of the study and lessons learned, highlighting how new technology and community engagement can work together to change our energy future (features of Part One: “Fact, Fiction, and the Future” by Peter C. Burns and Part Two: “A Moral Imperative” by Don Howard).

Nunez is the CEO of NAP. In this role, he maintains NAP’s strategic vision and handles the day-to-day executive operations. He is also a senior structural engineer with Bechtel Corporation, working on the design and analysis of structures. Nunez graduated from the University of Puerto Rico-Mayaguez with a master’s degree in civil engineering.

Martinez serves as the CNO of NAP. He is also a director at the Institute of Nuclear Power Operations in Atlanta. He served as a submarine officer in the U.S. Navy for ten years. Martinez earned a BSME in engineering from the University of Puerto Rico-Mayaguez and a master in engineering management from Old Dominion University.

This discussion will be moderated by Álvaro Carrillo Marcano (’22), an accounting and political science major and president of the Puerto Rican Student Association of the University of Notre Dame (PRSAND). Carrillo Marcano invites students to join PRSAND, which is a new student group on campus.