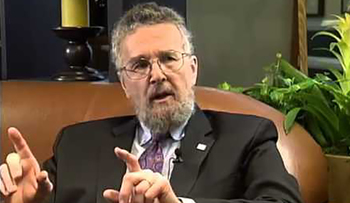 Accidents involving nuclear materials have been few and far between, yet their stories have remained etched in history, leading to misinformation and disagreements, especially among policymakers and the public, about their use. The good news is that researchers have learned from these incidents and are leading the way toward the next-generation of nuclear power and life-sustaining technologies.

In this four-part series, participants will learn about the many ways nuclear is being used to generate power, preserve human health, and support universal discoveries. Speakers will delve into topics surrounding research and development and some of the hard questions about environmental and intergenerational justice, including:

Please join ND Energy for Part Two on Wednesday, February 17 at 7:00 p.m. (EST) for a virtual discussion that will enlighten participants on the many ways nuclear technology is used to sustain our future.

Registration is required by 5:00 p.m. (EST) the day of the talk to receive a Zoom link to join. This series is open to the Notre Dame community and general public.

Don Howard is an internationally recognized expert on the history and philosophy of modern physics. In his recent paper, “The Moral Imperative of Green Nuclear Energy Production” published in the Notre Dame Journal on Emerging Technologies, he calls for a “rapid and radical change to the global energy economy.” He sees nuclear power as the only option that can slow global warming quickly enough.

In Part One: "Fact, Fiction, and the Future", Peter C. Burns examined the advances in science and technology that have greatly improved the safety issues of nuclear power and made future models much smaller and economical. Howard will examine the topic from a moral perspective, discussing environmental and intergenerational justice, consequentialism, virtue ethics, and moral courage.

Howard is a professor in the Department of Philosophy and former director, current Fellow of Notre Dame’s Reilly Center for Science, Technology and Values. He is also a Fellow of the American Physical Society (APS) and Past Chair of APS’s Forum on the History of Physics. His educational background includes a B.Sc. in physics from Michigan State University and both an M.A. and Ph.D. in philosophy from Boston University. He is the author and editor of many papers, books, journals, and blogs, as well as lecturer of a course on Albert Einstein in The Great Courses series.